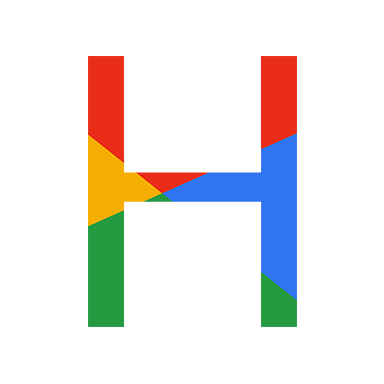 For this post, I choose the tag “study”, but I’m not going to talk about a specific thing or methodology of computer science or something else, instead, “study” itself is, enigmatically, puzzled me till now. At the same time, it should be a good way, and the only way to verify whether I’m on the right way now.

The truth is, there always a blow comes down on my head, whenever I’m high, or in my low tide. And at that time, that person, for those people, I can not have even more admiration.

Several hours ago I had this conversation:

Shock, what a shock?! This is a fact that a man will never adopt, after he just had his Saturday down the drain, hung out till night. You’re telling me this, after I’ve been coding for a whole day and even running out of steam, at least what I feel.

Okay, she studied mathematics, maybe no extra networking requirement for doing her research. But how she endured such a bad environment those years, no Google, no Facebook(well, it doesn’t matter), no Twitter(it doesn’t matter either), no Reddit(this too), no Quora, no Stackoverflow (maybe mathematics forum page), blah blah. And then got a 4? May even TOEFL 110+?

I can’t imagine what kind of study I should get if I could fight for 5 more marks and stay still in 2013 summer. But finally, I got on another boat.

I’ve already forgotten how to struggle, I still do, endless

They’re best friends 10 years ago, till now, one HKU one THU. Just a simple arrangement, can’t be more fantastic, they went to the exchange program at MIT together. In fact, it’s nothing to speak of, and I should not speak of them. Also, the all-A grade is not worth talking about, the university is even nothing more. What really matters to them, maybe just the first ray of sunshine beyond the Charles River after 3-month fighting day and night.

When I’ve been to be a “satisficer” with such ugly vanity, but ever more greedy when enjoying “brand new” things. Having a simple flashback of my past three years, and to describe it, I can’t summarize my failure without any of the seven deadly sins, a total loser, completely. I Passed the math exam but goofed around the MA course, game player, I ruined my work and rest, bad roommate I’was disgusted with, and I know I almost have everything in everyone I’ve hated that is part of myself. I started feeling great loneliness last semester, so that every girl could fill me up whoever she is and how she was like, mentally or physically. Then I failed my first test on the topic of love, the wrong time with a wrong target. Every time I thought that it’s just a lesson I took and I’ll do better next time, unfortunately, no next time forever, whatever the thing is.

But I’m still chasing, for the things I can’t achieve even spending my whole life. This could make me feel hopeless, but hopeful at the same time. One of the reason is that people will never change actually, so does the girl I’m just talking with and so do I. People never ever change, I believe, also hoping I can refute myself someday, but that day will never come I guess.

Friends and tutors offer great help since I’ve not fresh up completely through this darkness, but it won’t be a long time. I heard the words, though I didn’t take it and went it through by myself, when it finally comes to the end, just same as the words said, and I’m also not going to yell at anyone that: You should have told me (earlier), or, Why should I believe you. There is no shortcut for anything which we’re doomed to undergo, those miseries, happiness, tears, and sigh. I’ll fight for my own, trying to find out the things, the people, the world I truly love. I’ll find my white whale.

My summer vacation is destined to be busy with tons of course and paper, if no internship, whatever. Also, the plan to get a master degree in Japan will start after the final of this semester. And hackr01d.com will be online for research purpose only, maybe in late August.